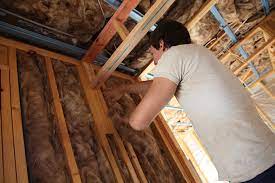 NFB housing and planning policy head Rico Wojtulewicz said if the government had listened to the construction industry the scheme could have worked.

“Once it has a pathway to upskill industry, it must seek out professionals already doing these works and in the early days, allow them access to any accredited retrofitting works. It also needs to reform planning so these works can more easily go ahead.”

The NFB says companies doing accredited retrofits such as EnerPHit, the standard set by Passivhaus, should be allowed to do green refurbishments under a national scheme backed by the government.

The Federation of Master Builders, FMB, said the construction industry should have been consulted to address flaws in the green homes grant scheme with a commitment to training adopted. The government announced on Friday it was scrapping the £1.5bn scheme from tomorrow, 1st April, giving just four days’ notice.

The scheme, launched in July 2020, suffered from a poor take-up reaching just 10 per cent of the 600,000 homes it was meant to help.  It will now be replaced by a £300m local council initiative prioritising housing associations and those on state support.

FMB chief executive Brian Berry said local builders had spent thousands of pounds to become eligible for the scheme and felt let down. He said the decision was at odds with the UK’s desire to be a global leader in tackling climate change and jeopardised retrofitting the country’s 28 million existing homes.

The FMB believes a VAT cut on home improvements from 20 per to 5 per cent would incentivise people to do more green refurbs. The NFB wants new homeowners to get a rebate on their stamp duty if they make improvements to get to an energy performance certificate of C within two years.

It also wants VAT to be scrapped for retrofitting the UK’s 500,000 listed buildings, the 1.2 million homes in conservation zones and seven million properties with solid walls. It argues there should be incentives for using traditional building materials such as timber window frames and breathable lime mortar which cost more but are more sustainable.

Conservation architect and Insall Associates chairman Tony Barton told Building magazine there was a danger of listed buildings being stranded in the zero-carbon economy. He said the energy performance certificates for traditionally built houses are often E or F compared with A or B for modern homes. Mr Barton is calling on planning law to be amended so a flexible approach to improvements can be adopted. For example, changing national planning policy framework to allow removal of skirting and cornices to enable a layer of wood fibre or cork to be fitted behind them.

Brokers Hank Zarihs Associates said development and refurbishment bridging lenders were hoping the government would rethink its strategy for incentivising home-owners to do green improvements.

The government has pledged to hit a net-zero carbon target by 2050 and to reduce greenhouse gas emissions by 68 per cent by 2030.