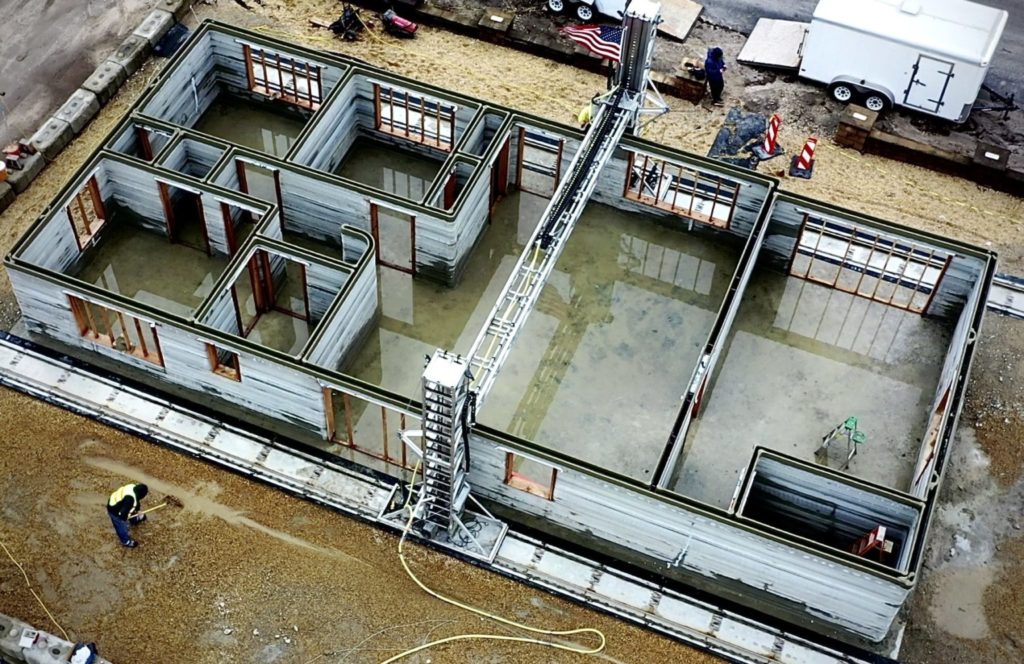 3-D printing of homes in the UK still under wraps

3-D printing of homes in the UK still under wraps

Development Finance News:- The UK is lagging behind other countries when it comes to harnessing 3-D printing to build new homes, a leading academic has said.

But said it was a challenge convincing investors to take the plunge and back his project.

“They are split on this. Some of them are very encouraging about it and some of them don’t believe in it – they think it is a fairy tale.”

His house will be built using cement which uses recycled material from demolition sites.

“There is no need for form work, in other words, creating a mould to pour the concrete mixture as in 3-D printing a robotic arm with a nozzle prints layer on layer and sets rapidly.”

Dr Ghaffar hopes his prototype will convince UK decision-makers that 3-D printing is the way forward for construction.

Earlier this month US technology firm SQ4D’s printed a two-storey 1,900 sq ft home in New York, believed to be the biggest house produced this way.

The property took 48 hours to print over eight days using a mixture of mortar, concrete and stone and costing less than $6000, around £4600, to build.

SQ4D gained a permit to print houses in New York in July last year with competitor Icon gaining a licence in March 2019 to produce homes this way in Texas.

SQ4D operations director, Kirk Andersen, said his company had a new machine in the pipeline which would be capable of constructing buildings up to 50 storeys high.

Mr Andersen said the materials for 3-D houses could include CO2 taken from the atmosphere and bottled into the concrete mixture making the homes carbon negative.

Dubai has been at the forefront of 3-D printing of homes and has said they want to build one million 650 sq foot houses this way over the next five years.

Brokers Hank Zarihs Associates said property development finance lenders would be interested in sponsoring this type of construction particularly because of its capability to use recycled materials.