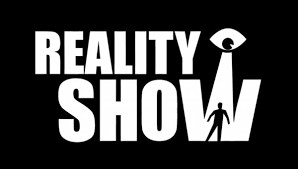 The trade body believes such a programme would counteract perceptions that building renovation is ‘old-fashioned and outdated’.

“An increasing number of young Europeans are interested in craft professions such as cooking, baking…., occupations that were previously neglected,” said the organisation.

The proposal is one of 21 flagged up in its Green Deal and Renovation paper released this week aimed at making Europe carbon-neutral by 2050.

The report calls for new crafts people to be trained in using recycled products and materials made as locally as possible. “The national authorities need to encourage this new mindset and undertake a massive training programme,” said the report authors.

Favourable tax treatment, such as reduced VAT, for deep restoration projects which involve demolition and reconstruction, is advocated.

The paper argues for simplified planning to foster the conversion of non-residential buildings into housing with direct aid for rehabilitation. It also recommends greater use of off-site modular construction for cost-controlled renovation projects.

The UK’s Home Builders Federation and the National House Building Council are members of Build Europe which has a membership of more than 300,000 developers across the continent.