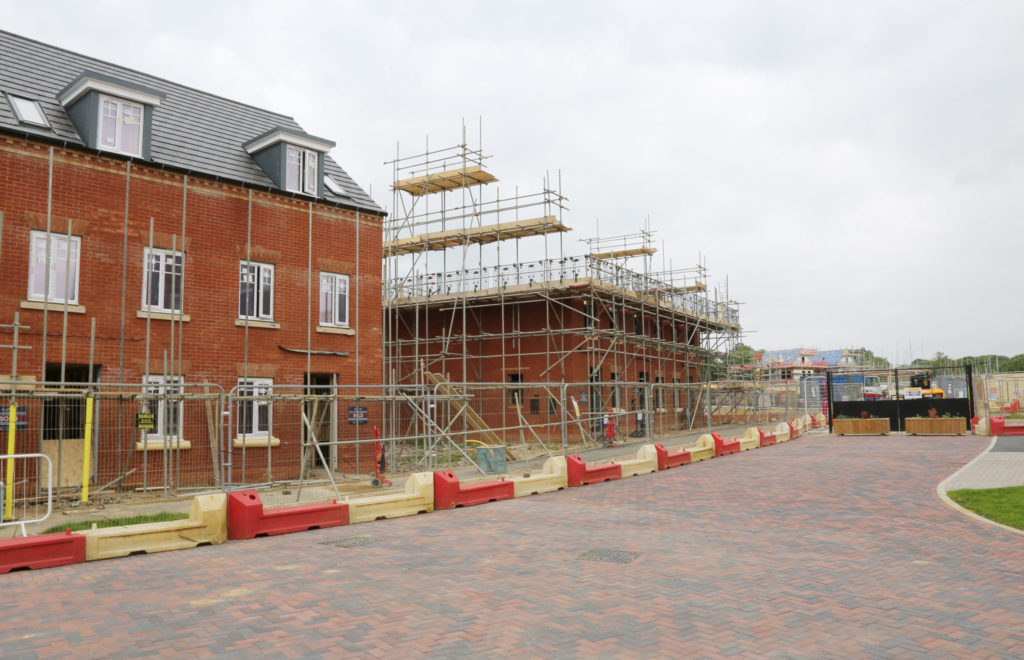 Developers and builders are on the verge of running out of land, which is becoming pricier to buy, warns the National House Building Council, NHBC.

NHBC commercial director David Campbell said new registrations were close to pre-pandemic figures despite the end of help-to-buy and the stamp duty holiday.

But he warned that the availability of land was not keeping up with the construction industry’s desire to build new homes.

“Developers are burning through their land supply fast. Most like to have a two-year forward supply. This is having an effect on land price inflation. Most developers want to avoid paying too much just in case things change,” he said.

Housebuilding boom in the North forecast

Mr Campbell said the government’s levelling up agenda and the watering down of the planning white paper meant the focus would shift to building more affordable homes in the north.

The Northeast saw an 83 per cent year-on-year rise for the third quarter of 2021 in new homes registrations at 1,834. Yorkshire and Humberside saw a 63 per cent increase with 2,517 new registrations.

The East Midlands more than doubled new registrations with a 103 per cent expansion at 4,810 compared with the South East’s six per cent rise to 4,319.

Houses accounted for 87 per cent of new home registrations with flats dwindling to 13 per cent for the third quarter of 2021 – a 47 per cent year-on-year drop.

The NHBC said the next two quarters’ figures would give a better gauge as to whether people were returning to major cities such as London where flats feature more in developments.

Completions for the third quarter showed a five per cent year-on-year decrease at 31,908 and a nine per cent drop on 2019 figures.

The NHBC said this was the set of figures where it had become obvious that labour and materials shortages were an issue.

“Foreign labour is not coming to the UK. This became apparent over Christmas 2019. There are elements of Brexit which could be attributed to this,” said Mr Campbell.

He said the NHBC was focussing on fostering new talent and had launched more bricklaying workshops supporting 100 apprentices annually. The organisation has also re-opened its building inspector academy post-Covid with 16 students currently enrolled. About 1.5m homes are covered by an NHBC warranty accounting for around 75 per cent of all new homes.

Brokers Hank Zarihs Associates said development finance lenders were keen to offer finance to SME developers who were investing in training up staff.