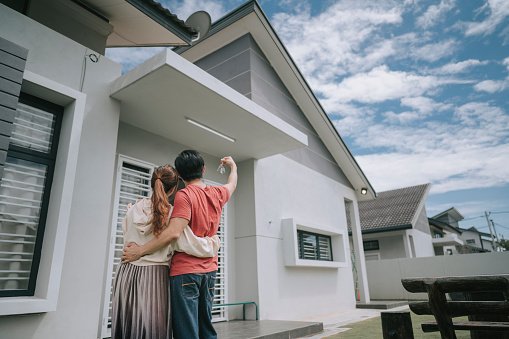 First-Time Buyers’ Discounts To Be Piloted in Derbyshire

First-Time Buyers’ Discounts To Be Piloted in Derbyshire

A scheme to give discounts of at least 30 per cent to first-time buyers in their local area is to be tested out in Bolsover, Derbyshire.

Keepmoat has set aside 12 houses on its Brook Vale development in Shirebrook for buyers who fall into this category.

Following the recent local and by-elections, the government has reiterated its commitment to making home ownership more widely available.

“As these homes will be discounted in perpetuity, they will remain affordable in perpetuity and councils can give priority access to key workers, they believe are needed locally,” he said.

The idea, set out in a consultation document in February 2020, is aimed at helping thousands of veterans and key workers such as nurses, police officers and teachers.

It’s estimated buyers would save an average of £100,000 offering lower deposits and mortgages. The discount would be paid for through section 106 planning contributions and the community infrastructure levy.

At the launch of the consultation document housing secretary, Robert Jenrick said: “I want local first-time buyers to be able to settle where they have ties and raise families of their own. And to turn their dream of home ownership into a reality.”

Local people would get priority for new homes for the first three from when they are up for sale and after that, they would be open to first-time buyers across England. The first homes would be subject to price caps after the discount which are proposed to be £250,000 across England and £420,000 in London.

Bridging Brokers Hank Zarihs Associates said development finance lenders were behind any initiative that helped people get their first step on the property ladder.

Midlands and the North set to be housebuilding hotspots

Where new affordable housing should be built has also become a bone of contention. The government shifted emphasis from shire counties in the south east to urban spots in the Midlands and the North following backbencher pressure.

The new planning bill is set to be included in the Queen’s speech tomorrow at Westminster. The new legislation is designed to make it easier for new homes to be built by employing zones for growth, regeneration and protection. Currently local residents have two chances to oppose developments – when the local plan is developed and when the application is lodged. The government’s reforms would end the chance to object again when the application is submitted.