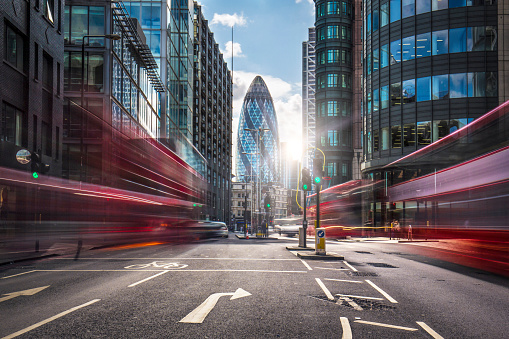 The next mayor should consider reducing the impact of proposed boundary taxes affecting builders in greater London, urges the Federation of Master Builders branch for the capital.

They’ve drafted a manifesto for the new incumbent calling for help to access workplaces and for an assessment of road closures and restricted parking on their operations.

SME construction firms across England have seen the fastest growth in workloads from January to March 2021 in a decade, however, London builders reported the lowest growth activity.

FMB London director Sam Eden said: “The next London mayor must back builders by supporting policies that matter the most to them, my members tell me this means helping them access the city effectively by being more flexible with road closures and restricted travel.”

The current mayor Sadiq Khan successfully fought against proposals for the congestion zone to be extended to the north and south circular which would have affected over four million Londoners.

The FMB’s trade survey shows 55 per cent of respondents reporting increased workloads across the UK with Wales topping the charts at 63 per cent and London trailing at 17 per cent.

Repairs and maintenance accounted for most new work at 36 per cent compared with house building at 24 per cent.

But 38 per cent of respondents said they had difficulty recruiting bricklayers and 34 per cent struggled to hire joiners – an increase of 16 and 11 per cent on the previous quarter.

Builders north of the border get backing for more new homes

Scottish respondents saw a drop in workload of 8 per cent due to being restricted just to essential construction work from January to March. They were also hampered by snow and ice halting work on-site for the first quarter of the year.

The trade body Homes for Scotland, HoS, announced it has gained political backing for its campaign for at least 25,000 new homes to be built a year.

Ahead of tomorrow’s elections key candidates from the Conservative, Green, Labour, Liberal Democrat and SNP have confirmed their support.

HoS chief executive Nicola Barclay said: “The next few years will be crucial to all of us involved in housing delivery.  Too many Scots, particularly young people, are stuck in unsuitable housing, unable to afford their own home.”

She said all parties need to work together to make sure people have the homes they need, both socially and economically, to recover from the pandemic.

“Let’s move beyond rhetoric and seize the opportunity of a fresh Parliament to accomplish that,” she said.

FMB Scotland is calling for a five-year programme for public sector construction projects and a simplified tendering process to create more confidence and opportunities for SMEs.

Brokers Hank Zarihs Associates said development finance lenders were keen to see the country recover quickly from what was a particularly bruising year for local builders.