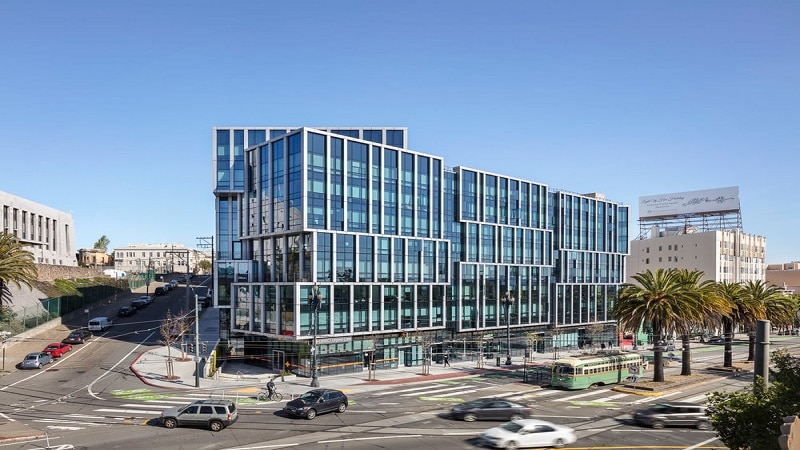 Take Up of Warehouses Shows Near three-fold Rise

Take Up of Warehouses Shows Near three-fold Rise

Building Finance News:– Rental yields and take-up of warehouses continue to boom thanks to the growth of online retailers such as Amazon, according to real estate advisors Savills.

The firm recorded a 285 per cent increase in take-up by online retailers in the past decade, accounting for up to 17.9 per cent of total retail related occupational transactions in 2018.

Savills national industrial and logistics head, Richard Sullivan, described the shift as seismic and unprecedented. “Ten years ago a number of landlords had higher vacancy rates in their portfolios than the entire market today, which proves just how much has changed. It is hard to imagine how the landscape might look in 2029, but I would not be surprised if we look back with similar amazement.”

Savills research shows overall annual take-up has grown significantly over the last decade from 12.8 million sq ft in 2009 to 35.1 million sq ft – 1.189 million to 3.260 million sq m – by the end of 2018 for units of 100,000 sq ft or more. This signifies a 174 per cent increase as businesses such as Amazon continue to expand their UK footprint. Online retailers’ warehouse space has grown by as much as 1700 per cent over the past decade, occupying up to 23.4 million sq ft by the end of last year.

As a result the sector has seen a 66 per cent drop in supply since 2008, with vacancy rates at just 6.2 per cent today, with this dropping to as low as 2.4 per cent in prime locations such as London and the South East.

Investment volumes have seen a 193 per cent jump in this timeframe. In fact, in 2017 Savills figures showed industrial property accounted for 17 per cent of all commercial property investment, the highest on record. Warehouse values have increased so much that yields are now at 4 per cent, having dropped lower than retail assets for the first time in history.

Structural changes to the sector have also had an impact on the actual warehouse buildings themselves. The average size of a transaction has increased by 41 per cent in the past ten years and there are now over 15 units totalling more than a million sq ft in the UK. While this growth can be seen across all sectors, online retailers in particular, such as Amazon, Wayfair and ASOS have upped their floor space considerably.

Industrial project management team director, Will Cooper, said warehouses had evolved over the last decade. “They’ve changed from a simple ‘shed’ to a highly automated and sophisticated building. At present there is limited rental premium on height, so we will continue to see warehouses move upwards, especially as multi-storey units become increasingly normalised and occupiers seek the benefits of utilising mezzanine floors and increased racking heights.”

Savills has also seen buildings get taller during this time, with the average height of a unit increasing from 11 to 12.7 metres since 2008. Many developers are putting in planning applications to achieve consented heights of up to 18 metres, which has now become the norm to allow for additional racking and mezzanines to maximise efficiencies.

Industrial and logistic giants such as Prologis and Gazeley are well placed to gain building finance at competitive rates for such developments given the current strength of the market.