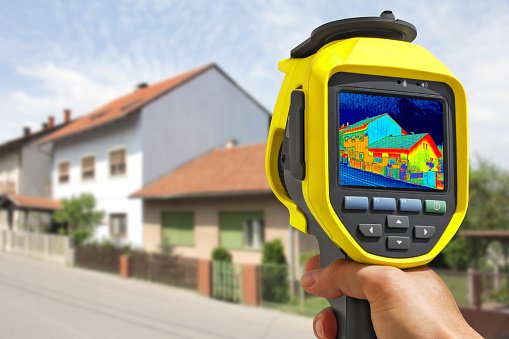 Pressure is mounting on the government to come up with a water-tight strategy to meet ambitious new carbon-cutting targets, argues the construction industry. Prime minister Boris Johnson’s announcement that the UK must cut emissions by 78 per cent by 2035 compared to 1990 levels has intensified the call for a national retrofit strategy.

Cooperative RetrofitWorks founder Russell Smith said: “The target is meaningless unless there’s a plan to achieve it and that’s the thing we are missing.”

Federation of Master Builders chief executive Brian Berry said a national retrofit strategy was needed to give the public and contractors the confidence to invest in greener homes.

“Our homes use 35 per cent of the UK’s total energy usage and emit 20 per cent of carbon dioxide emissions. Net-zero will only be possible with a long-term plan to green our homes.”

Another 500,000 qualified people are needed to do the work but these new workers are unlikely to invest unless they have assurances of their long-term career prospects, argues Mr Smith. Last month the government scrapped its troubled £1.5bn green home grant scheme due to a complicated accreditation process and delays in issuing vouchers to those who had applied. The Construction Leadership Council’s national retrofit strategy, NRS, published in December proposes building passports so people can see a pathway to making their homes net zero. The industry is hoping the government’s imminent heat and building strategy paper will embrace much of its NRS recommendations including lowering VAT for green improvements to five per cent.

Mr Berry said: “It’s essential the forthcoming paper be ambitious, long-term and comprehensive in its plan to upgrade our housing stock. This will help position the UK as a global leader in tackling climate change ahead of COP26.”The UK’s 28m homes use 35 per cent of all the nation’s energy accounting for 20 per cent of carbon dioxide emissions. The NRS proposes that retrofits should be carried out alongside other improvements householders may make such as installing a new kitchen or bathroom.

Brokers Hank Zarihs Associates said development and property refurbishment finance lenders backed the idea of a holistic approach to home improvements.The new UK target was released ahead of tomorrow’s US climate summit which will outline the nation’s new carbon reduction goal. The UK is the first country to enter legally binding long-term carbon budgets, first introduced as part of the 2008 Climate Change Act. Since then, five carbon budgets have been put into law putting the UK on track to meet the goal of achieving net zero emissions by 2050.