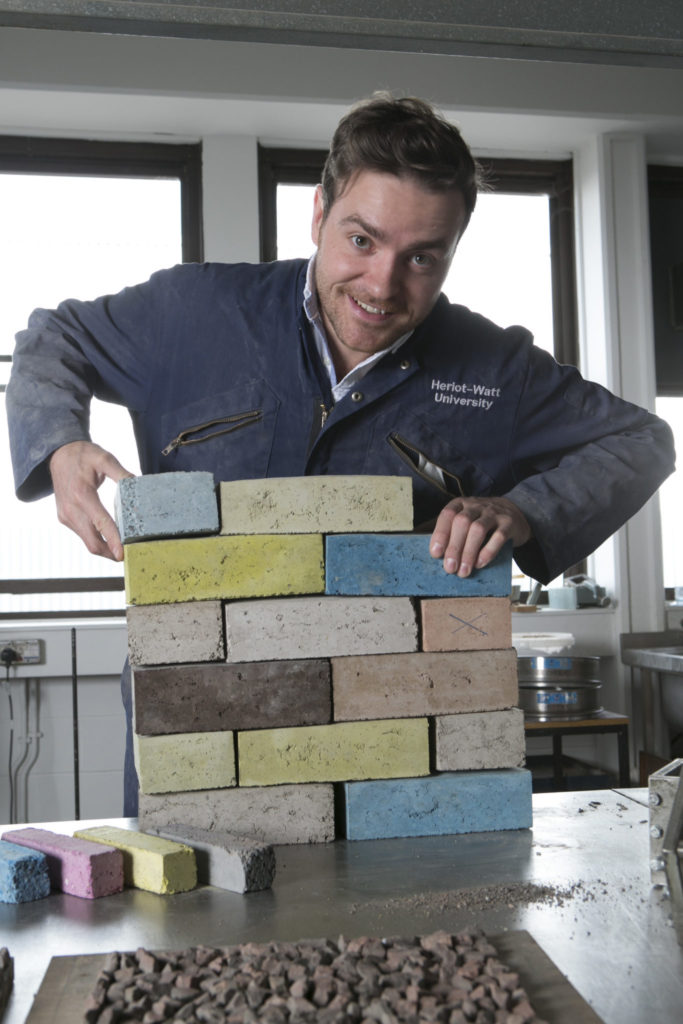 A new brick producing a tenth of the carbon emissions of a traditional one is poised to go into commercial production.

Zero Waste Scotland has pledged £1m for manufacturing Kenoteq’s K-Briq made from over 90 per cent of recycled demolition and construction products.

Kenoteq managing director Sam Chapman said: “The construction industry faces a tremendous challenge when meeting decarbonisation goals. The industry sends over 800 million tonnes of waste to landfill in Europe every year, at a huge cost to itself and the environment.”

The brick, developed by researchers at Edinburgh’s Heriot-Watt University, uses less than a tenth of the energy needed to make a conventional fired brick and has double the insulation properties. It can be made in a range of colours using recycled pigments providing flexibility to architects and design planners.

“With this funding, we will scale the manufacturing capacity from a pilot plant to industrial-scale production through development of a new manufacturing line in Scotland,” said Mr Chapman.

Kenoteq plans to deliver the equivalent of 924 low carbon homes across the UK over the next five years creating 15 new jobs in manufacturing, production, quality assurance, marketing and sales.

“Innovations like the K-Briq can help to tackle climate change, deliver a more competitive Scottish economy, mitigating resource security and addressing the subject of corporate social responsibility within the sector.”

Housebuilding accounted for 36 per cent of total waste generation by economic activity and households in Europe, according to Eurostat figures for 2018.

Heriot-Watt University professor Gabriela Medero from came up with the idea and more than a decade of research and development followed to make it a reality. Professor Medero is co-founder and technical director of Kenoteq, which launched in January 2020.

The building industry has said it’s keen to see the UK advance its manufacturing base of products post Brexit. The National Federation of Builders said it backed government proposals to set up a new advance research agency to improve production of materials needed for modern methods of construction such as cross laminated timber. Chief executive Richard Beresford said that post Brexit his organisation would be pushing the government “every step of the way” to fulfil their intentions.

Brokers Hank Zarihs Associates said development finance lenders were supportive of SME builders who used green products given the UK’s new target to slash emissions by 78 per cent by 2035.