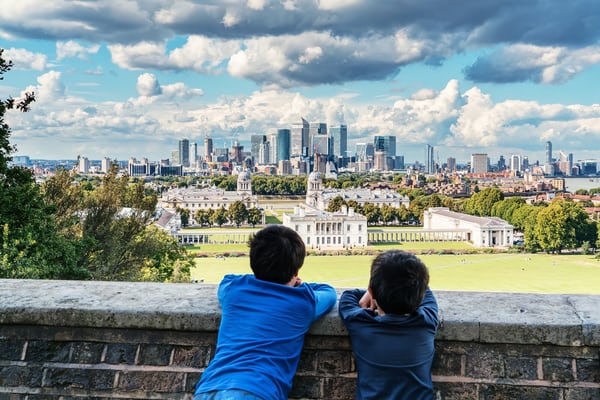 University towns like Oxford, Cambridge and Canterbury are predicted to see their best house sale volumes in the coming months despite the demise of the stamp duty tax holiday.

Knight Frank’s country business head James Cleland said: “It is no surprise that many of the areas with the highest numbers of summer completions are close to the capital.

“So many family buyers are driven by both having a reasonable commute to London and having their children in their next school for the start of the academic year.”

Brokers Hank Zarihs Associates said development finance lenders were still keen to fund schemes close to the capital despite recent trends for buyers to look outside London for more space.

Land Registry records show the busiest property markets in the third quarter are those that revolve most closely around the academic year. Oxford and Cambridge, for example, is supported during the summer months by those involved in academia and research.

Knight Frank noted the top ten towns for high completions during July to September had 29 per cent of secondary and 25 per cent of primary schools with outstanding OFSTED ratings.

Waverley in Surrey with 30 per cent of completions and Winchester in Hampshire with 29.5 per cent scored high completion levels due to the number of good schools in the region.

Conversely, the ten least busy summer markets had 11 per cent of secondary schools rated outstanding and 16 per cent of primary schools.

Knight Frank thinks June could exceed March with the highest rate of completions for 2021 as buyers rush to benefit from the stamp duty holiday which ends later this month. The property agent is also predicting price renegotiations between buyers and sellers who miss the 30th June deadline. It’s also predicting some completion dates might slip due to pressure on conveyancing and the scarcity of removal teams.

“Irrespective of the role played by seasonality, what happens in the final quarter of the year, when the schools are back and there is no stamp duty holiday in place, will reveal more about the longer-term trajectory of the UK property market than the preceding nine months,” said Mr Cleland.

The local authorities with the lowest proportion of completions in the third quarter include Newham in London with 25.4 per cent, Blaenau Gwent 25.7, Barnsley 26 and Stoke-on-Trent 26.1 per cent.