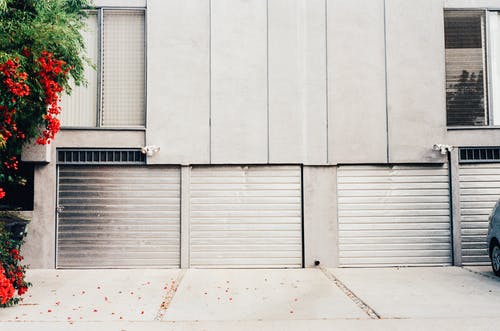 Empty garages, council houses and land could be a thing of the past under new proposals launched by the government this week.

The proposals would allow individuals or communities to challenge councils to release land and empty buildings for development.

Housing secretary Robert Jenrick said new ‘right to regenerate’ proposals would make it easier for councils, or any public body, to call for the release of land for redevelopment.

“We are cutting through red tape so that communities can make better use of available land and derelict buildings, which means more new homes, businesses and community assets.

“Millions of people will now be able to buy that empty property, unused garage or parcel of land and turn it into something good for them and their community.”

Under the proposals, public bodies would need to have clear plans for land in the near term. If the land is kept for too long without being used, they would be required to sell it.

The National Federation of Builders said the proposals were positive but stressed strong primary legislation would be needed to ensure councils adhered to any new rules.

Mr Jenrick said the new process would be fast and simple and that he would act as an arbiter to ensure fairness and speedy outcomes in all cases.

Getting the price right

NFB housing and planning head Rico Wojtulewicz added: “The government needs to find a mechanism for setting the price for public land to give local communities the chance to bid and one which would give weight to the social value of a project.”

National Community Land Trust Network chief executive Tom Chance described the new proposals as a “gamechanger”. But agreed with Mr Wojtulewicz that getting hold of land at an affordable price had been a huge barrier for community groups wanting to build affordable housing.

The National Custom and Self Build Association said the new proposals should increase housing diversity.

NCSBA spokesperson Duncan Hayes said: “This represents the opportunity of developing small sites for housing and boosting the local economy through using local SME housebuilders who tend to have the highest level of apprenticeships.”

He called for joined-up thinking where last month’s brownfield development fund initiative could be harnessed by community groups and custom builders to support their regeneration plans.

Fast bridging loan brokers Hank Zarihs Associates, said property development lenders would back any measure which made it easier for independent builders to construct projects on small sites.

Latest government figures show there were more than 25,000 vacant council-owned homes and over 100,000 empty council-owned garages in 2020.

Current ‘right to contest’ powers give the public the ability to request the sale of underused public land. However, since its introduction six years ago only one out of the 192 requests made were granted due to the owners’ future plans for the land.

The consultation opened on 16th January and closes on 13th March.