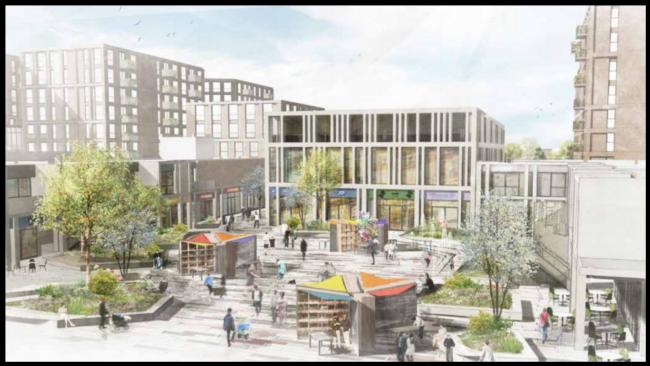 Property Development News:- Plans to revive Swanley Square’s run down 1970s shopping centre and build 210 flats have finally been given the go-ahead.

Swanley district council has granted detailed planning permission for developers U + I’s £17.9m scheme after initially rejecting it two years ago. The application went to appeal with the inspectorate ruling in U + I’s favour last month, July 26, saying the scheme would “invigorate” Swanley’s centre.

The 1.46 ha site is on the former grounds of the Victorian Kettlewell Hospital. The new development will comprise four buildings of between three to 11 storeys of 210 flats and nine car parking spaces. The homes will be a mixture of flats for rent and sale and at least 30 per cent will be affordable.

Further homes in the pipeline

Brokers Hank Zarihs Associates said the scheme was in a good location and within walking distance from the train station. The brokerage said lenders would be keen to offer property development funding for this type of project.

HLM Architects are designing the scheme including the landscaping with Nathaniel Lichfield & Partners acting as the planners.