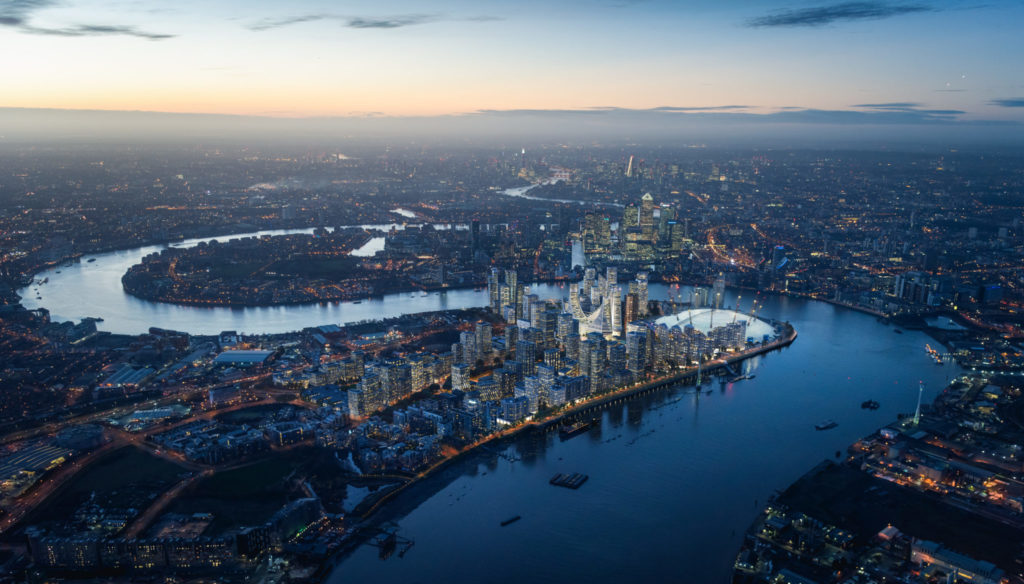 Knight Dragon has ditched plans for a film studio on Greenwich Peninsula in favour of building an extra 1,757 homes of which 54 percent are to be affordable.

The developers have applied for outline permission for the new homes to be built on 150 acres of land bounded by Hendon Street, Neal Street, West Parkside and John Harrison Way. They will be a mix of studio, one-bed, two-bed and three-bed homes.

They’ve also submitted a detailed application to build 476 homes of which 60 percent must be affordable.

Knight Dragon said the scale of the 20-year £8.4bn regeneration project meant revising 2015’s masterplan for the peninsula to adapt to new opportunities and challenges.

“We will need to evolve to ensure what we create is suitable for what the city needs and the way we live now,” said a spokesperson.

Knight Dragon said the approval of the Silvertown Tunnel and confirmation of a major film studio in Dagenham East, had meant revisiting the earlier masterplan.

“We are currently looking at introducing a theatre space to strengthen the cultural offer on the peninsula and continue to support the London Plan’s ambition to enhance the arts, culture and entertainment provision in the capital,” said Knight Dragon.

A 350-bed hotel, new GP surgery, two new schools, and a new bus station are all planned. An elevated 5 km garden walkway plus cycle routes connecting the north and south of the peninsula are included. A university is also being proposed for the area which will have seven distinct neighborhoods and 48 acres of public green space.

Brokers Hank Zarihs Associates said lenders would be keen to offer property development funding in the form of construction loans and fast bridging finance for the new housing schemes.

Greenwich council is expected to decide on the proposals by early 2020 which are estimated to create more than 6,516 new jobs.