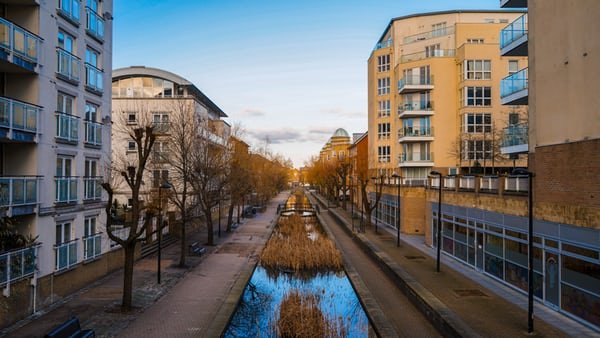 Up to 46,000 new homes in the capital could be delivered by Transport for London’s new property development company over the next 25 years.

The proposals for Transport Trading Limited Properties, TTLP, were outlined at TfL’s finance committee meeting last month and form part of its bailout settlement with the government.

TfL director of commercial property Graeme Craig said: “As part of our long-term strategy, and building on the successful work that has already taken place in recent years, we are now looking to take forward development activity in a commercial property company that is wholly owned by TfL.”

He said half of the new build homes would be affordable with the revenue to be re-invested in public transport.

“This entity would be able to progress our commercial development programme by accessing commercial debt, which would help progress commercially viable projects in the long term,” said Mr Craig.

Brokers Hank Zarihs Associates said SME builders would be keen to be involved and that property development finance lenders would support them.

TfL already has more than 6,300 homes with planning committee approval with 479 homes for Nine Elms and 51 homes for Old Brompton Road the most recent consents. Currently, more than 1,500 homes are already complete or under construction.

Sales have started at The London Mews in Finchley – a site developed by Kuropatwa through the mayor’s ‘small sites small builders’ programme. The first residents have moved into Blackhorse View developed in partnership with Barratt London.

TfL also has a further 1,500 homes awaiting determination and 1,500 homes due to be submitted for planning in the next 12 months. Although, 96 per cent of TfL schemes are approved there have been setbacks with homes at Arnos Grove and Canons Park tube station car parks recently rejected.

TfL has plans for TTLP to develop a commercial office portfolio citing its successful development agreements with developers for commercial complexes around the new Crossrail stations.

TfL currently owns 5,475 acres of freehold land and a further 404 acres leasehold which equates to 1.5 per cent of London’s landmass.