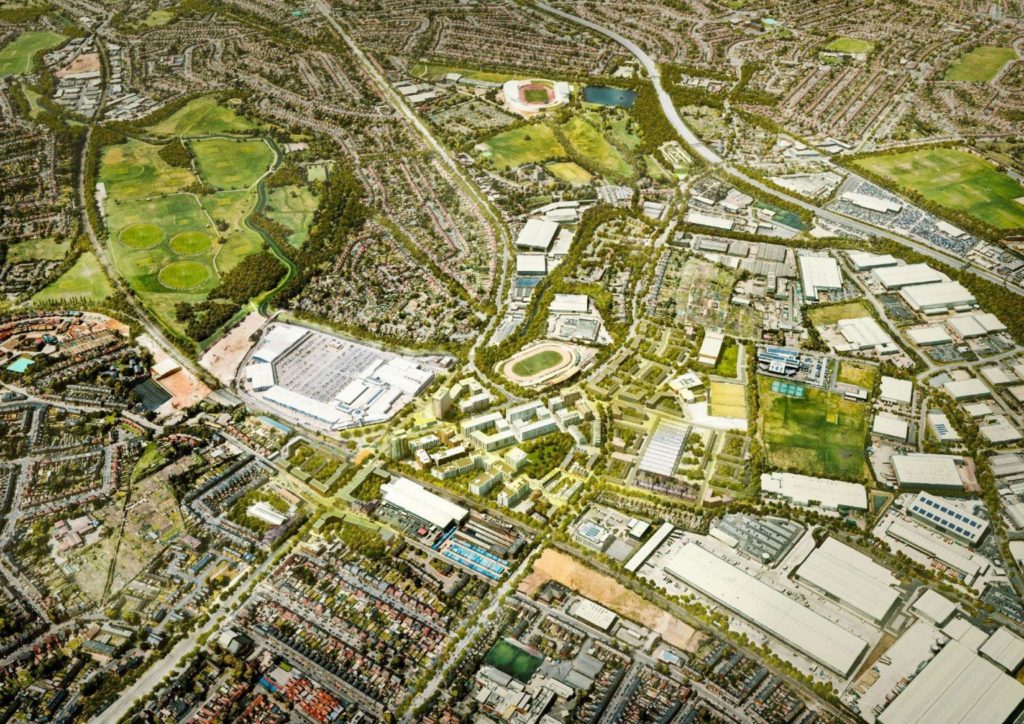 Birmingham is to make the most of the £700m investment in Perry Barry for the 2022 games, which includes a revamp of Alexander stadium, with ambitious plans to regenerate the district.

The masterplan covers the next two decades and includes building 5,000 new homes, enhancing the suburb’s parks and improving transport connections.

City council leader Cllr Ian Ward said: “For many years there has been a clear need and ambition to unlock the obvious untapped potential of Perry Barr, but we needed the resources to do it.

“Our successful Commonwealth games bid has helped us kickstart a major regeneration project that will transform the lives and life chances of Perry Barr residents for many years to come.”

The masterplan proposes a new urban centre, making the most of open spaces such as Perry Park and Perry Hall and exploring creating a river walk and cycle path along the Tame.

Transport connections will be strengthened with improvements in east-west connectivity of the site and changes to road layouts.

Brokers Hank Zarihs Associates said Birmingham’s economy was set to thrive with the arrival of HS2 and that construction loan lenders were keen to back construction projects in the area.

Work has already started on 1,000 new homes which were to be part of the athlete’s village until the pandemic hit which meant accommodation arrangements were changed.

Further phases of the scheme have gained outline planning permission which includes 400 more homes and a new secondary school. The current £72.4m revamp of Alexander stadium which will increase capacity from 12,700 to 18,000 is on schedule and due to complete by April 2022.

The masterplan is out for consultation until the 8th of September with the council producing a final version by October.

Perry Barr is famous for having one of the first railway stations, which opened in 1837, and for the first Odeon cinema opening in 1930. Nearly half of the district’s population are under 30 with nearly two thirds from ethnic minorities.