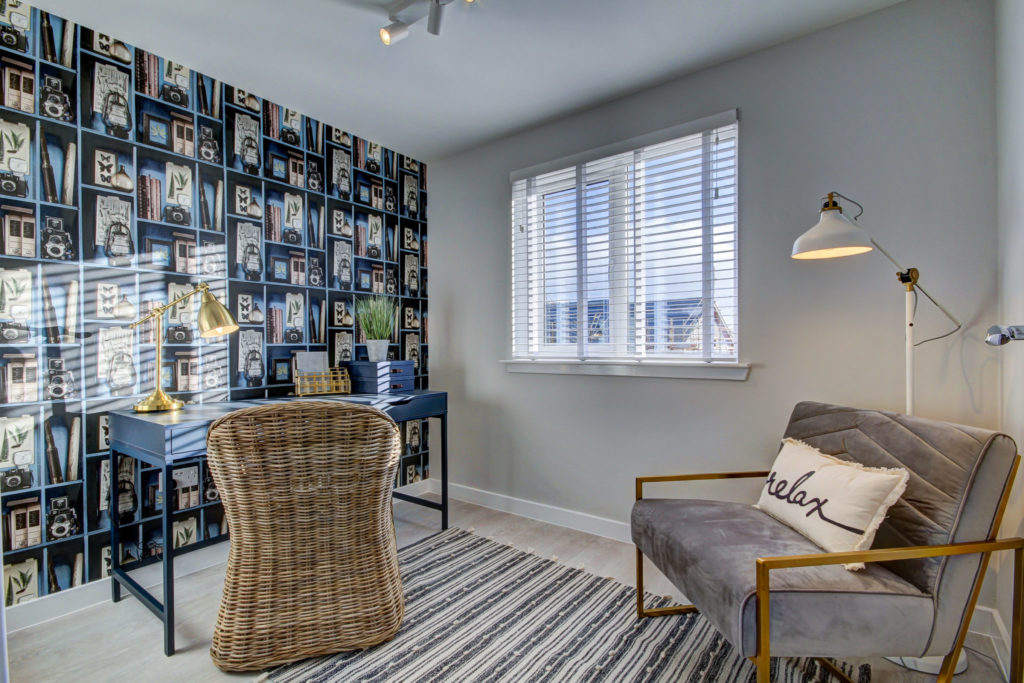 More than 55 per cent of respondents in a national survey said they valued their home space more than ever due to the lockdown.

Two out of five said they would prioritise space for an office if they were searching for a new home, according to a poll of 2000 adults across the UK.

Home Builders Federationexecutive chairman Stewart Baseley said: “Lockdown has been an extremely testing time, during which people have spent much more time than usual in their homes. This has led to a re-evaluation in how people see their homes and what they want from them.”

Nearly a fifth of those surveyedsaid they wanted to change the style of their home, with one in six stating their interest in updating their home had increased during the lockdown.

Almost a quarter of people aged 25-34 revealed their interest in interior design hadgrown, compared to just one in eight of those aged 45-54.

Mr Baseley added:“The initiative will give those who have developed itchy feet an opportunity to update their space according to their new priorities.”

The online property website Zoopla reported a surge in new home enquiries and reservations since salesrestarted six weeks ago on May 13.

Zoopla said demand had increased by 66 per cent on April and early May´s figuresand was now in line with February levels. The North East has shown the biggest rebound with a 139 per cent increase in interest followed by the West Midlands at 121 per cent and the East Midlands at 108 per cent.

First-time buyer demand was now above pre-lockdown levels with an 87 per cent increase after an initial fall of 68 per cent in the first two weeks of lockdown.

Zooplanew homes director Alex Rosesaid: “Buyer expectations have shifted since the coronavirus lockdown. Home offices have spiked in popularity as more people plan to work from home more frequently, while gardens and proximity to outdoor space have also become a prerequisite for many buyers.”

Brokers Hank Zarihs Associatessaid it was optimistic about the opportunities available as the restrictionsease and that lenders were keen to offer development and refurbishment finance.

More time to get shovels in the ground for affordable housing
Builders can get closer onsite and food is back on the table
By Shiraz Khan|2021-11-13T09:16:39+00:00July 3, 2020|Blog, Finance News, News, Planning News, Projects|0 Comments
FacebookTwitterLinkedInWhatsAppPinterest
Sign Up Newsletter