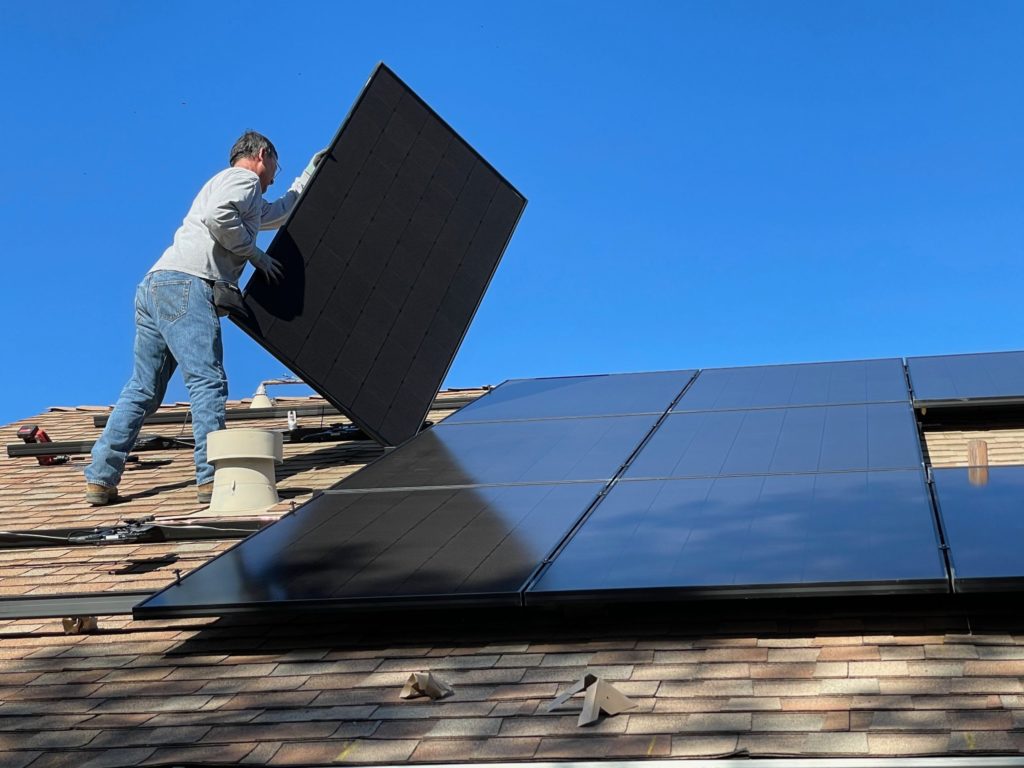 Housebuilders worried focus on solar panels could up development costs

Housebuilders worried focus on solar panels could up development costs

Housebuilders could be lumbered with extra infrastructure costs if solar panels become mandatory for new developments, the industry fears.

The National Federation of Builders, NFB, has criticised the government’s energy strategy, published last week, for focusing on the increasing use of solar panels rather than wind turbines.

Housing and planning policy head Rico Wojtulewicz said: “Solar panels will raise costs. You have to get a qualified person to install them. They’re not just an add on, as they require grid reinforcement, smart systems or home energy storage, and a change of electrical supply system.”

He stressed moving from gas to electricity for powering heating and vehicles would entail upgrading the grid from single-phase to three-phase capacity.

Potentially, this could mean that a development of 20 homes might cost an extra £100,000 to deliver.

The NFB is disappointed the government’s strategy did not harness greater use of onshore wind turbines – one of the cheapest forms of renewable energy.

“A small wind turbine, for example, could generate enough energy to power 12 homes. We offered the government the chance to pilot this with our members’ housing schemes but they chose not to explore the offer.”

Mr Wojtulewicz described the government’s decision to shy away from changing planning law to facilitate onshore wind turbines as a lost opportunity.

He said prioritising onshore wind turbines in the energy strategy would have given British companies more certainty to invest in this type of technology.

Prime minister Boris Johnson’s foreword in the strategy paper acknowledges that while wind turbines can be up and running in 24 hours getting licences and permissions can take years.

The strategy paper has said it will explore developing local partnerships for a limited number of communities prepared to host an onshore wind turbine in return for lower energy bills.