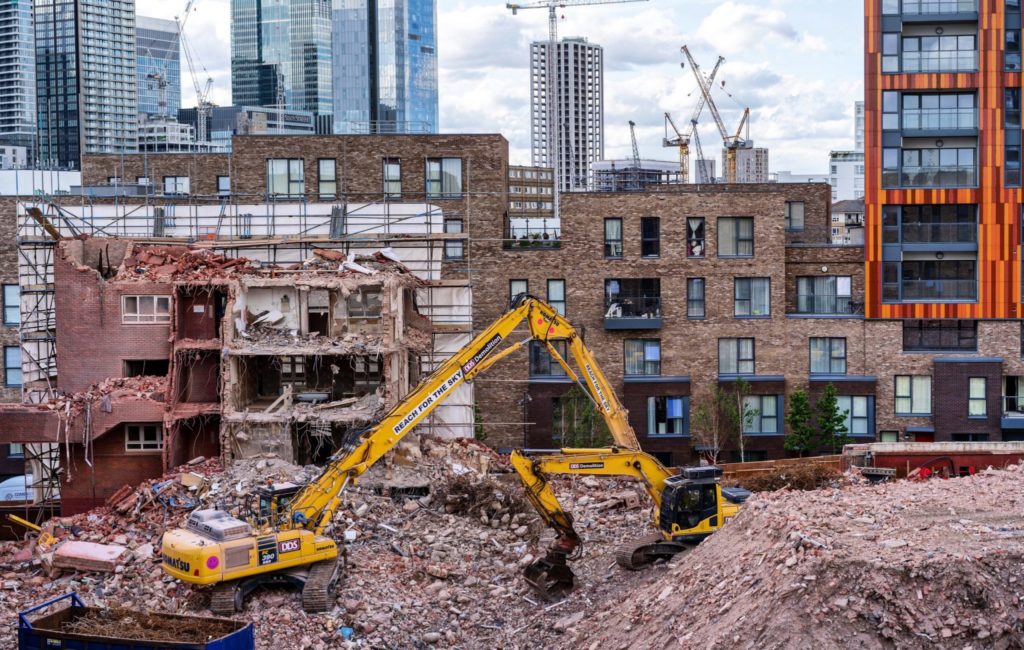 Government to look at deterrents for demolishing buildings

Government to look at deterrents for demolishing buildings

Developers should be encouraged to concentrate on refurbs rather than knocking down existing buildings in a bid to tackle ‘embodied carbon’.

Business minister Lord Callanan told delegates at a Property Week conference that the government would be looking at this issue in its forthcoming heat and building strategy.

National Federation of Builders housing and planning policy head Rico Wojtulewicz said: “If we can reuse buildings, we should, and it will help improve our retrofitting knowledge too.”

Chairman of the government’s advisory climate change committee, Lord Deben, told the BBC the government had been slow to accept this.

“We need to think differently. It’s not acceptable to pull buildings down like this. We have to learn to make do and mend.”

Lord Deben said there needed to be a planning law to stop giving permission for demolitions.

UK Green Building Council chief executive Julie Hirigoyen, told the BBC: “We really must come to grips with the issue of embodied carbon in buildings – we’ll never hit our climate targets unless we do.

A spokesperson for the government’s business energy and industrial strategy department said: “We are committed to reducing emissions from the construction sector and have set up the construct zero programme to support the industry to achieve their climate commitments.”

He wouldn’t be drawn on the details of the imminent heat and buildings strategy but said it would set out how existing homes can be decarbonised “in a way that is fair, practical and affordable.”

The government said its support of the ‘transforming construction challenge’ was going some way to tackling emissions. The initiative is backing several projects aimed at improving supply chains and software for simultaneous cost and carbon modelling.