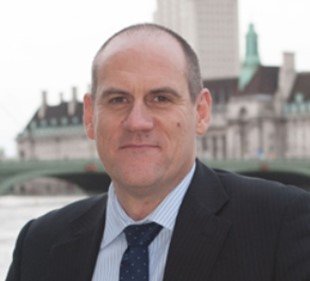 Former apprentice to head up the Construction Industry Training Board, CITB

Former apprentice to head up the Construction Industry Training Board, CITB

A former apprentice service engineer, Tim Balcon, will take over the reins of the CITB from the beginning of next month.

Mr Balcon started out from a mining town in South Yorkshire as an apprentice with British Gas in the early 1980s.

“As a former apprentice I know how much having the right skills at a young age can transform your whole career and support your employer.

“That’s why I’m so passionate about skills and am thrilled to be joining the team to help many more people join the construction sector and to have long and fulfilling careers within it,” he said.

Mr Balcon will replace the current chief executive Sarah Beale who will leave at the end of September. The organisation had come in for criticism during her stewardship for failing to deliver value for money.

The National Federation of Builders, NFB, claimed its members were paying almost twice in their annual levy to the CITB compared with what they received. It said the training organisation’s business plan for the coming year was just a £210m investment representing less than ten per cent of the £2.7bn provided in training across the industry.

NFB chief executive Richard Beresford said: “The organisation must demonstrate value for all construction employers, especially for the SMEs across England, Scotland and Wales, and become an organisation fit for the future. Our members want to see CITB running efficiently, effectively and most importantly with accountability. It’s time for CITB to step up under his leadership and we look forward to working with him to deliver that.”

The industry sees training as essential for developing the skills for new and traditional techniques and recruiting new talent to tackle the current skills shortage.

CITB chair Peter Lauener said: “This is a crucial time for construction skills across Britain, and the Board is looking forward to working with him to drive forward our strategy to meet the skills needs of employers.”

Mr Balcon has had previous experience heading up professional and membership bodies and was chief executive of the Institute of Environmental Management and Assessment from 2013 to 2019.