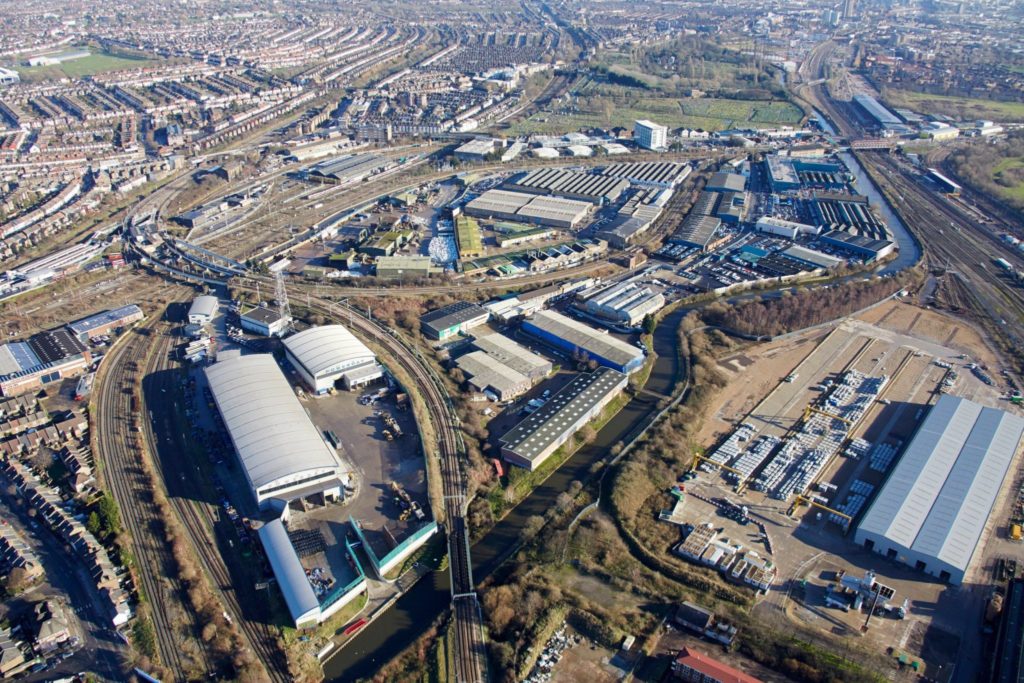 Plans to build up to 25,000 homes as part of a wider regeneration scheme for Old Oak and Park Royal in West London have been revived.

The Old Oak and Park Royal Development Corporation, OPDC, has submitted new proposals to build the homes, and create 65,000 new jobs, over the next 30 years across a 650-hectare area.

A four-fold increase in land values meant earlier plans to build on 54 acres at Old Oak North, where second-hand motor dealer Cargiant, was the main landowner, were economically unviable.

OPDC press officer, Patora Dyrma, said: “The cost of land has gone up so much in the past year and a half that private sector developers could not have made a profit.”

Land in the area is currently selling for up to £7million pounds per acre partly due to the need for more warehousing in London.

The corporation is proposing working collaboratively with private and public sector landowners over a wider area including sites in Brent, Ealing and Hammersmith & Fulham.

OPDC’s interim chief executive, David Lunts, described changes in market conditions over the last year and a half as “dramatic”.

“Earlier plans to bring forward Old Oak North are unfortunately not currently viable. But this in no way undermines our ambition for thousands of new homes and jobs as these can be achieved on many nearby public sector sites where we are already working closely with our colleagues at Network Rail and HS2.”

He said these sites offered huge scope for major regeneration due to the HS2 hub and confirmed the corporation would no longer by compulsorily purchasing the Cargiant site. Old Oak Common is to be a major interchange for the high-speed rail link between Birmingham and London.

“This new approach also gives us the opportunity to support Cargiant and other local businesses to remain locally based and support investments in jobs, zero-emission vehicles and further develop the area as a leading location for sustainable innovation.”

Cargiant confirmed it would stay on the site until at least 2038 and would be building a processing plant to increase the delivery of a major new electrical vehicle centre. The company’s current plant employs 8000 staff and is the world’s largest independent car processing and retailing plant.

The OPDC submitted its draft budget to the Greater London Assembly this week and hopes to gain formal approval earlier next year. It has already granted approval to build more than 5,000 homes with 1,500 completed.