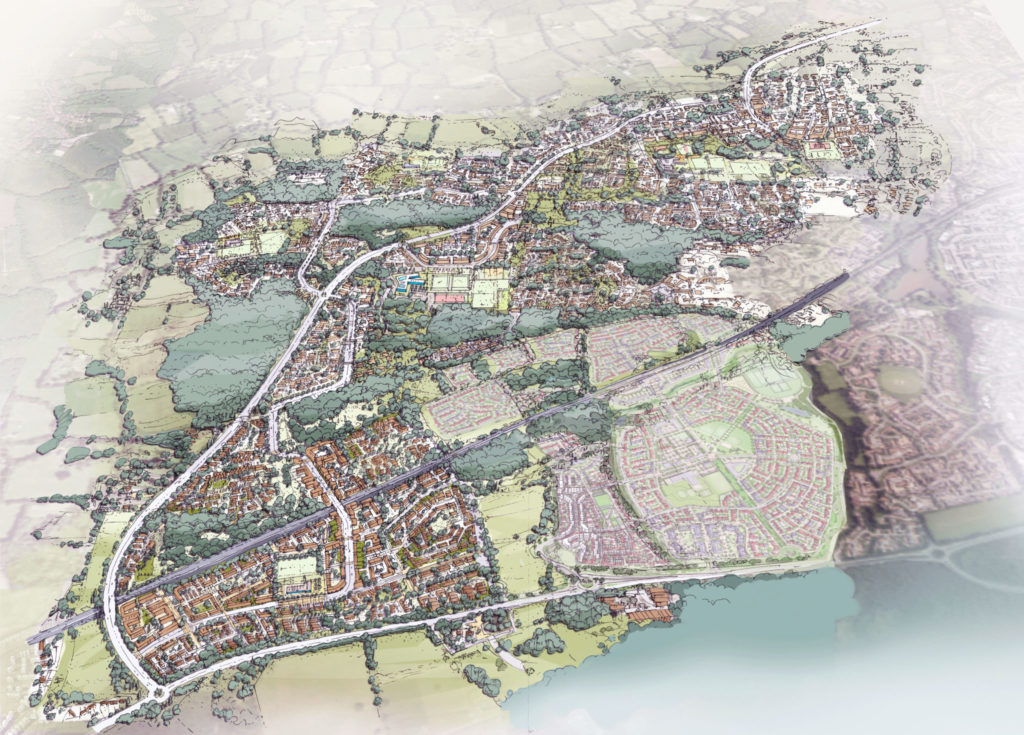 Construction Finance News:- A rural spot in West Sussex is set to expand exponentially within the next few years to ease the acute housing shortages in Crawley and Horsham.

The government’s housing accelerator, Homes England, is to start consultation on November 1st on an ambitious scheme to develop land west of Ifield village which currently has 9,000 inhabitants.

More than a third of the planned homes, 35 per cent, will be affordable with three linked neighbourhoods making up a garden town just west of Ifield.

The target is for 50 percent green space in the new development, with Ifield Meadows safeguarded, and a comprehensive flood protection scheme. A total of seven new schools are planned along with new health facilities and the creation of 10,000 new jobs.

The site is in the heart of the Gatwick Diamond stretching from Croydon in the north to the edge of Brighton in the south and from Horsham in the west to East Grinstead in the east.

Set up in 2017 Gatwick Diamond is a business-led partnership to encourage investment and new enterprises. It’s home to 45,000 businesses including many UK and European headquarters with Unilever, Exxon, Nestlé among the multi-nationals based there.

Gatwick Diamond has warned the rising cost of housing could make the area less attractive for future employees.

Brokers Hank Zarihs Associates said the project was essential for addressing Crawley and Horsham’s housing needs and that commercial development finance lenders would be keen to support it.

The new garden town will be a ten-minute walk to Ifield high street and a five-minute cycle to the village’s train station where it takes 55 minutes to get to London Bridge. It is a 15-minute train ride from Ifield to Gatwick airport.

Consultation on the Homes England plans finishes on December 1st and it’s hoped work will start on building the first neighbourhood and the relief road in 2021 with completion of the project by 2033.