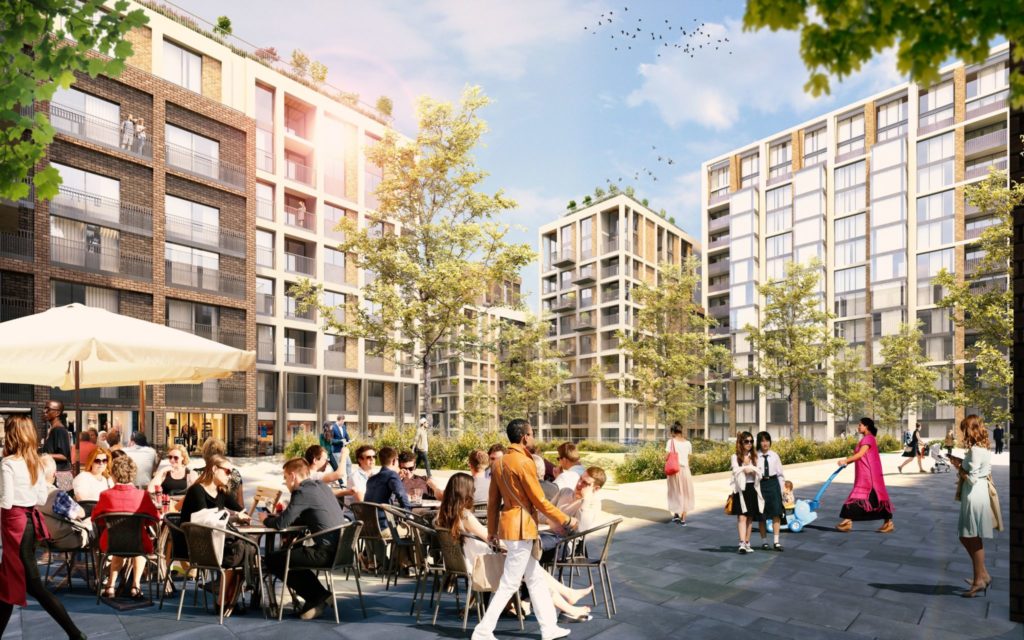 Bridging Loans News:- London’s mayor, Sadiq Khan, has approved plans to convert Pentavia retail park in Brent into 844 new homes of which 41 per cent must be affordable.

The new homes have been designed by award -winning architects Arney Fender Katsalidis and comprise a mix of one and two-bedroom flats and three-bedroom family homes.

Mr Khan said: “This is a classic example of an underused site with the potential to deliver significant numbers of homes, including affordable homes at social rent and London living rent levels.

“I’m clear that I will use all the levers at my disposal to increase the delivery of new genuinely affordable homes across the capital.”

The 345 affordable homes in the development are made up of  94 at social rent levels, 57 at London living rent levels, 73 shared ownership homes, and 131 others for a discounted market rent.

About £15m is to be spent on landscaped spaces and pocket parks with 660 new trees planted and enhanced transport links including new cycle and pedestrian paths and access routes.

Meadow Residential partner, Andrew McDaniel, said: “Access to quality homes, at an affordable price, is something desperately needed in Mill Hill, not least for the many key public sector workers who provide vital services in local schools and hospitals, many of whom we’ve spoken to in the last few months.”

Brokers Hank Zarihs Associates said the development was in a prime spot and lenders would be keen to offer development and refurbishment finance for it.

Barnet Council rejected Meadow Residential’s original plans to redevelop the site in July 2018 because it felt it was an overdevelopment and had insufficient affordable housing.

The mayor ‘called in’ the application in November 2018 for further scrutiny before deciding to approve the re-development this week.

The original application included 724 homes, of which 35 per cent would be affordable.

The mayor’s office said Barnet had delivered just 7,670 homes and only 1,645 affordable homes between 2012 and 2017. This was below the targets set out in the capital’s planning bible – the London Plan. It added that between 2014 and 2017, just nine per cent of the homes given planning permission in Barnet were affordable.

The redevelopment of Pentavia retail park will provide more affordable homes than were delivered across the whole of Barnet in the year 2017-18.