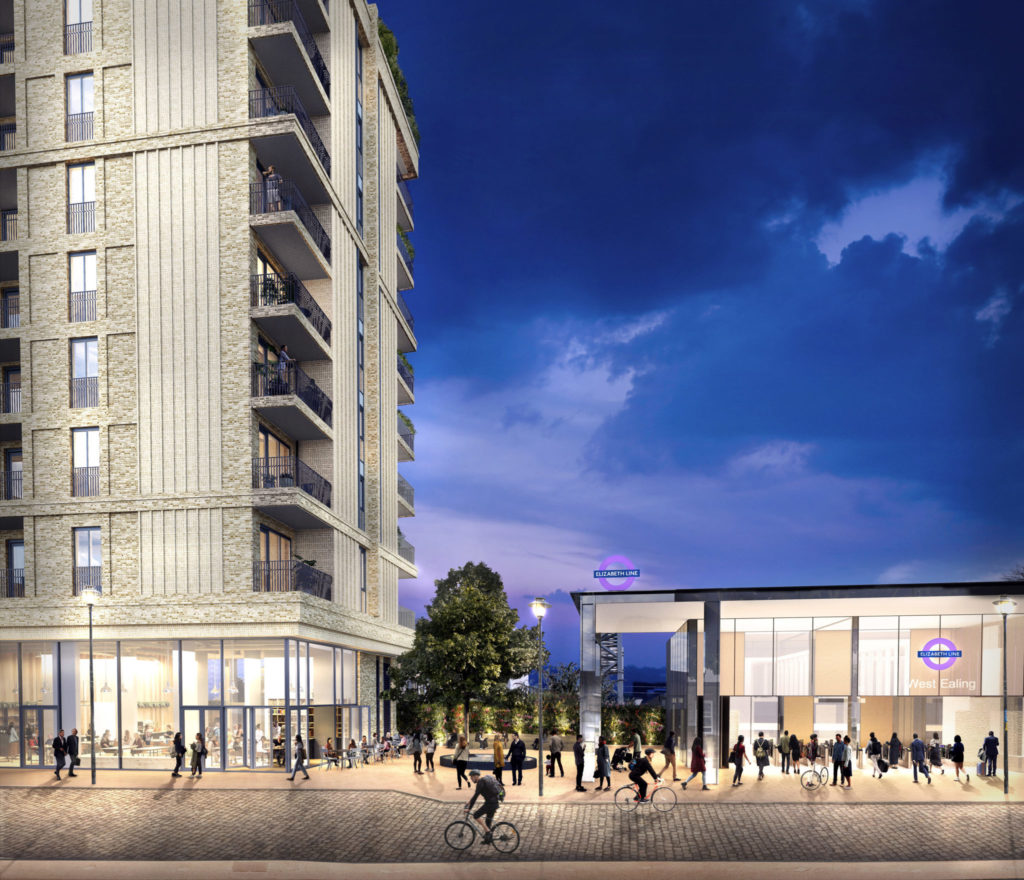 Bridging Finance News:- Ambitious plans to build one of the tallest tower blocks in Ealing comprising 26 storeys of 149 affordable flats have been submitted.

The new building, called 55 West, is to have roof gardens and at ground level a public plaza with the possibility of a doctors’ surgery.

Developers Southern Grove  and Thames Valley Housing Association have lodged the application with Ealing council which is expected to make a decision by the end of November.

Southern Grove chairman, Andrew Southern, told Construction Index: “We have chosen to begin looking at sites not just from a policy compliant view but with the belief that, given the scale of the problem, provision of affordable homes in design-led properties should be an aspiration rather than a chore.”

All of the new flats will be affordable and aimed at key workers such as teachers and nurses who already have some experience in their profession. They will be able to rent at around 56 per cent below the market price and can buy under shared ownership where they purchase a  25 to 75 per cent stake in the property.

The proposals mark a departure from the usual residential development requirements that 30 per cent of homes should be affordable.

Brokers Hank Zarihs Associates said the initiative could be the first of a trend in London where a greater proportion of new housing is affordable. The brokerage added the scheme was well placed to attract competitive construction loans and instant bridging finance.

55 West would be built at the junction of Manor Road, Argyle Road and Drayton Green directly next to West Ealing station on the Crossrail route.

Southern Grove took two years of negotiations with five landowners to reach a point where individual arrangements over each separate property came together.

In each case, the developer secured a contract to develop the land in partnership with the landowners, once planning permission is secured.