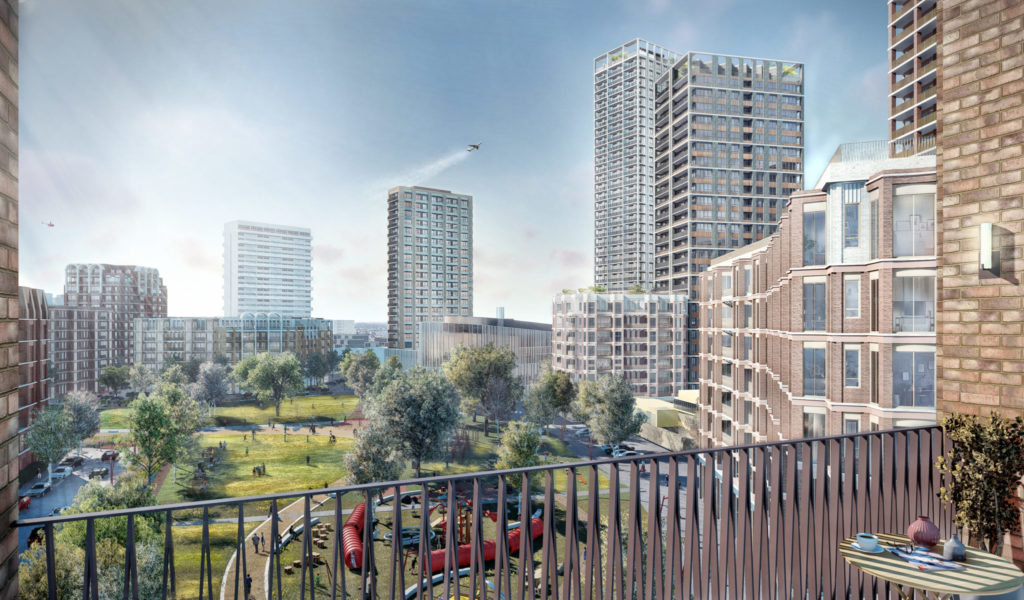 “The regeneration of this area will bring forth more than just new homes, we are building a new leisure centre, new library, and a new children’s centre around a new park. We want to build new homes and an exciting future for all who live in them.”

The homes will be a mixture of tenures including open market sale, private rent, shared ownership and social rent; at least 35 per cent must be affordable.

Wandsworth council expects the project to create 388 new jobs boosting the local economy by an estimated £207.6m. It has already started building 46 new affordable homes for existing tenants as part of the first phase of the development.

“The proposals will deliver major benefits to the community – not least a significant number of quality new homes, but also a range of new community facilities.”

Wandsworth Council is also building 107 new social rent homes on other sites in Battersea to help with initial rehousing of existing residents.

The Mayor of London, Sadiq Khan, is to have the final say as to whether the scheme is approved. He was critical over the drop in the final number of affordable homes built at the £9bn development of Battersea Power Station.

Brokers Hank Zarihs Associates said development finance lenders would be keen to offer funding for new build and refurbishment for this part of London because of its good transport links.

Work across the whole scheme is expected to complete by the early 2030s. Consultation on redeveloping the estates first started several years ago with more than two-thirds of residents calling for the estate to be knocked down rather than refurbished.