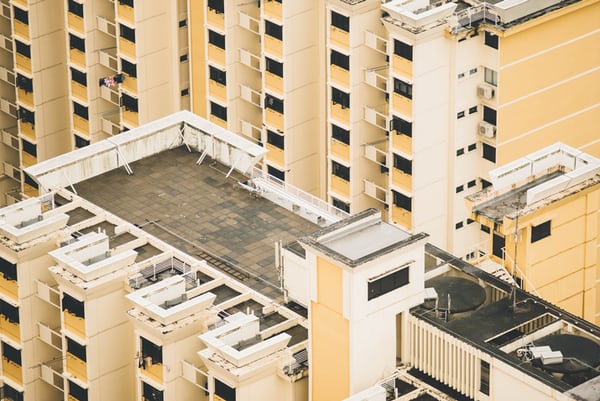 Up to 14,000 new homes a year could be affected by a building safety levy for blocks of flats seven storeys or higher, the government has admitted.

However, it said in its consultation document published yesterday this would probably only affect 200 developments which it claims is a small fraction of the annual housing supply.

Affordable housing, refurbishments and hospitals have been excluded from the new proposed tax.

The government admits if developers factor in the increased costs into what they are willing to pay for a new site then this could lead to fewer plots being viable for development. It’s anticipating the increased costs would be passed on to the buyer where the market can ‘sustain’ it.

The levy will target developers seeking building control approval at the start of construction and it will also include conversion of office blocks to residential schemes.

“This will recognise that government funding of removal of cladding helps to secure a continued market for the developments levied,” said the government.

It’s estimated it will cost £15bn to make all of England’s residential blocks higher than 18 metres safe. So far, the government has offered just £3.5bn additional funding to remove combustible cladding on high rises.

The government is keen to hear views on a payment schedule for SME developers to protect them from too much initial outlay and on how to calculate the levy. The charge could be per square metre of the entire internal floor area or a fee per residential unit.

Finance brokers Hank Zarihs Associates said that lenders would be keen to offer fast bridging finance to SMEs who may need emergency funds to pay the levy.

The consultation will last for 12 weeks from Wednesday 21st July to Friday 15th October. The levy is in addition to a tax on profits of more than £25m made by major housebuilders and developers to be brought in by the building safety bill which had its second reading in parliament yesterday.