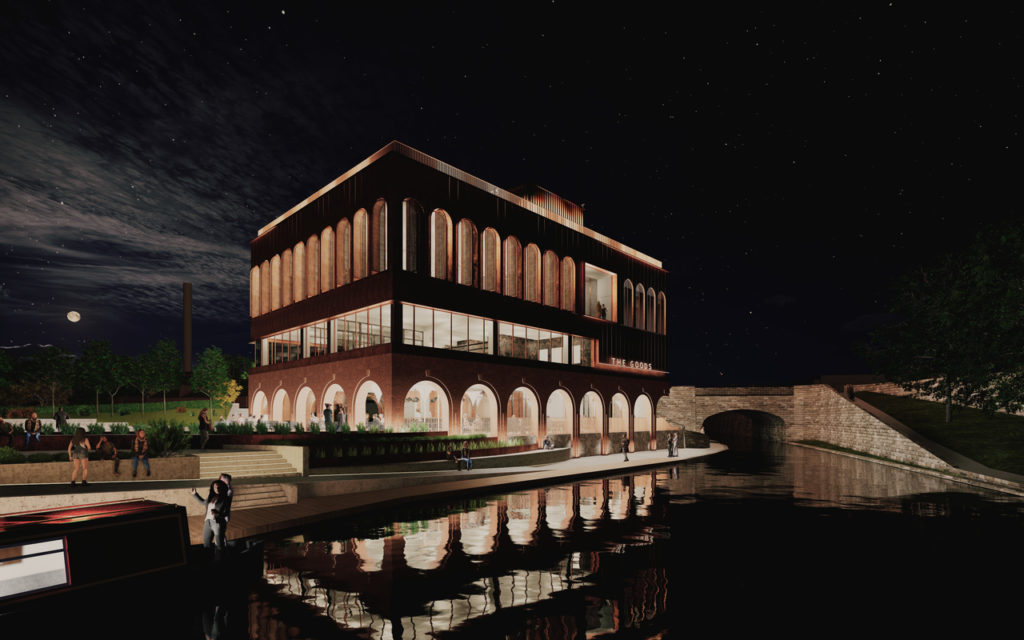 A 40-acre disused site in Nottingham has moved a step closer to becoming one of the biggest city center regeneration schemes in the UK.

Developer Conygar has submitted a detailed application for the first phase, named Canal Turn, of The Island Quarter to Nottingham City Council.

“What we’re producing is something which looks as if it’s a legacy element that’s been left on the quayside of a working canal and will blend with that history while providing incredibly up to date and current facilities for the future,” said Jestico + Whiles director James Dilley.

The first phase will include a bandstand and extensive improvements to the canal at the London Road end of the site. If the application gains approval Conygar hopes to start construction in spring next year.

New homes in the pipeline

The overall plans will bring new homes, grade A office space, creative spaces, a lifestyle hotel with 250 private flats, and a co-working space. A ‘linear’ park and 500 sqm of community and event space plus accommodation for 660 students are also proposed.

Conygar Nottingham director Richard Watson, said: “The site will create a worldwide destination for Nottingham which will provide year-round interest and community facilities which can be used from dawn until dusk.”

The city council bought the land with a sprawling and dilapidated warehouse off Boots back in 1994. The site lay in disuse for more than a quarter of a century despite earlier attempts to regenerate it. The council granted outline planning permission for Conygar’s proposed development back in April 2019.

Brokers Hank Zarihs Associates said the fact the scheme was five minutes’ walk from the main railway station meant it was the type of project property development lenders find attractive.