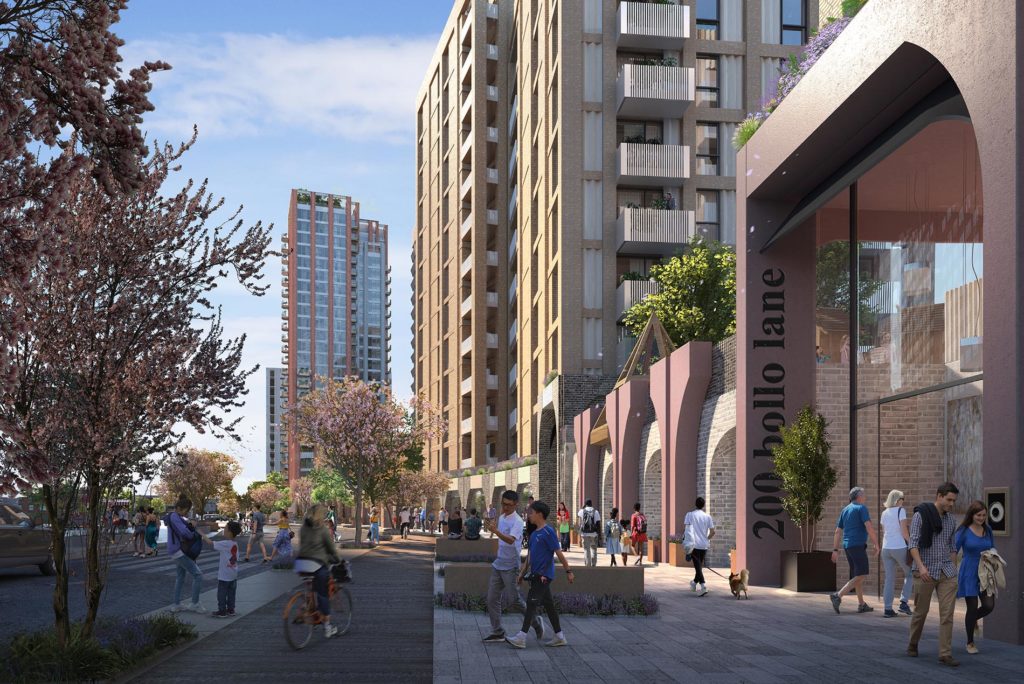 New homes planned on the right side of West London tracks

New homes planned on the right side of West London tracks

Plans for 852 new homes to be built next to the Grade II listed Acton Town tube station in West London have moved a step closer.

TfL said it would now be going to the market looking for a partner to deliver the homes of which 50 per cent are affordable.

Property development head Jonathan Cornelius said: “The proposals have been designed to reflect the area’s heritage and context, such as the Grade II-listed station next to it and will bring hundreds of much-needed homes to this part of London.

“The scheme has also been designed to benefit the local community with welcoming green spaces, improvements to pedestrian and cycling facilities and new commercial opportunities for local businesses.”

Architects HOK, landscape designers East and engineers Mott MacDonald collaborated to produce the master plan for the site stretches from Acton Town station in the north to the level crossing in the south towards Chiswick.

HOK design principal David Weatherhead said: “It’s an exciting new way of thinking about transforming the underutilized parcels of land that are so common around London’s transport infrastructure into wonderful spaces that enrich people’s lives.”

Detailed planning was granted for a 25-storey tower of 195 flats to the north of the site with outline permission given for a further eight more residential towers of lower height. The development proposals also include new train crew accommodation for Piccadilly line drivers.

Established boutique fast bridging loan brokers Hank Zarihs Associates said it the scheme was in a good spot for quick connections to the city centre and would be one property development finance lenders would be keen to back.

The designs include a continuous widened footpath plus cycle zone along the west side of Bollo Lane with ten new community spaces and five courtyards. Two new crossing points with tactile paving and dropped kerbs for people with accessibility needs will be built. HOK said they want to create a green corridor between Acton Town and Chiswick Park tube stations with a colonnade of ground-level offices, shops and cafés.

The site offers more than 2,300 sqm of commercial space for local businesses. The proposals form part of TfL’s wider housing and commercial programme to offer more than 10,000 homes across the capital on average across all sites brought to the market since May 2016.