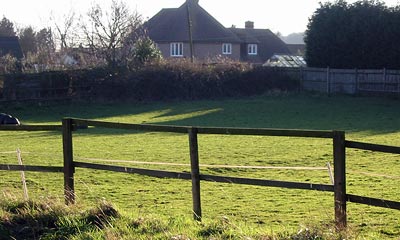 More small parcels of land for housebuilding should be on offer

More small parcels of land for housebuilding should be on offer

SMEs would like the government to ensure smaller plots of land are also available when it comes to disposal of public land, according to a Federation of Master Builders’ survey.

The trade body’s members would also like an Ofsted-style system for rating local planning authorities to help improve efficiency.

The Federation said one in three of its members want the planning system reformed to help the smaller developer whose contribution to housebuilding has dwindled from 40 percent in the 1980s to just 12 percent.

Chief executive Brian Berry said: “The government cannot reach its target of building 300,000 new homes a year without reversing the decline in SME housebuilders. To help bring more SMEs into the housing market the planning system needs to be quicker and more efficient.”

Brokers Hank Zarihs Associates said this would be a positive move and make it easier for the smaller developer to gain property development funding.

Planning certainty should speed up projects

The survey results have been released the day before the deadline for feedback on the government’s Planning for the Future white paper. The proposal to raise the threshold from ten to 40 homes before the developer has to contribute to affordable housing has gone down well with housebuilders.

The National Federation of Builders, NFB, said much of the white paper is positive but would like to see more digitization of planning authorities with the statutory 13-week deadline for determining applications upheld.

The idea of setting up planning zones where certain areas would be earmarked for growth has the broad backing of developers and proposals to replace section 106 contributions and the community infrastructure levy into one payment is generally supported.

NFB housing and planning policy head Rico Wojtulewicz said the construction industry had been lobbying for greater planning certainty to speed up projects and make it easier to secure finance.

The government is also consulting on greater transparency so that if a landowner has entered a contract with a developer to have the first right to buy and develop that this interest is publicly recorded.