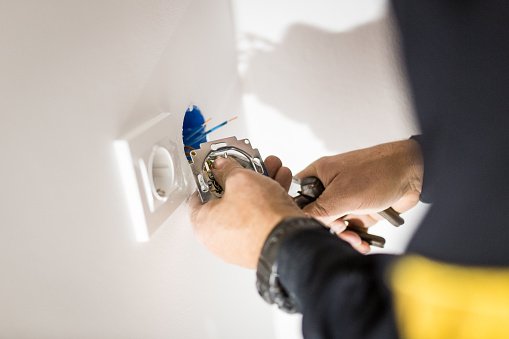 Average earnings on London building sites showed a 4.5 per cent month-on-month increase in May to £885 a week, according to construction payroll data from Hudson Contract.

The firm is the UK’s largest payer of freelance site workers with more than 2,500 companies across England and Wales on its books.

“We are starting to see the impact of people leaving the UK ahead of the EU settlement scheme deadline on 30th June and not being replaced by incomers,” he said.

“First and foremost, this is affecting London which has the highest concentration of foreign construction workers and the most transient labour market.”

He said central London’s prime housing market was growing again for the first time since the start of the pandemic reflecting “high spirits” across the sector.

The company’s data showed site workers weekly wages outside London were buoyant too with the East Midlands showing a month-on-month 1.7 per cent rise on weekly earnings to £954 – a 17.2 year-on-year increase.

The West Midlands was another hotspot with sub-contractors weekly earnings increasing month-on-month by 3.5 per cent to £920 in May. Significant housebuilding and major infrastructure projects in Birmingham such as H2 and facilities for the Commonwealth Games next year had fuelled wages.

Wales showed a month-on-month 2.8 per cent increase brining weekly earnings to £887 – a 8.7 per cent year-on-year rise.

Mechanical and engineering tradespeople had the strongest growth in earnings which rose 5.7 per cent to £1,068 per week for May. Joinery and plumbing contractors followed with earnings increasing by 4.5 per cent to £1,011 and £967 respectively.

The National Federation of Builders, NFB, wants the government to adopt a temporary five-year visa for trades where there is a shortfall.

NFB head of housing and policy Rico Wojtulewicz said: “It takes two to three years for a new learner or apprentice to gain a qualification to work in the construction industry and then two years to achieve the necessary experience.”

He added that foreign workers needed at least a year to understand British work practices so a temporary visa would have to be for a minimum of three years to be viable.

Brokers Hank Zarihs Associates said lenders backed measures to help projects complete on time but added they were there for those who need short-term property finance to tide them over.

Mr Anfield said: “There is shedloads of construction work about and growing pressure on the availability of both labour and materials.”

He added the closure of the government’s self-employment income support scheme in September should offer some respite encouraging claimants to return to sites.