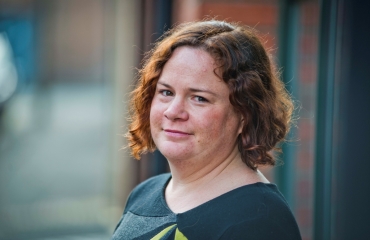 Developers north of the border have slammed Scotland’s poor performance over planning decisions for the six months from October last year to March 2020.

The latest stats show decision times for applications of more than 50 homes rising to 37.5 weeks – two weeks longer than the previous year and more than double the 16-week statutory timescale.

Decision time for smaller applications also increased from 9.1 weeks in the previous year to 9.2 weeks despite an 11.5 percent drop in the number of applications.

Housebuilding trade body Homes for Scotland, HfS, planning director Tammy Swift-Adams said: “This is concerning given that these small developments are, by nature, the lifeblood of SME home building businesses – a sector supported by Scottish government loan funding during the crisis, but also needing local government support if it is to thrive”.

The Scottish government is currently deciding whether to up planning application fees which Ms. Swift-Adams argues should not happen given the current service.

There are also concerns about the Scottish government’s proposal to modify ‘presumption in favor’ for applications in areas where there is a housing shortage.

The government wants local authority policies to take precedence so proposals to build in housing shortage areas are a ‘material consideration’ but won’t override the development plan.

“Scottish families and communities don’t need housing land. They want real homes to live in, and more of them,” said Ms. Swift-Adams.

“That requires a better functioning system and policy that encourages local planning authorities to ensure the sites they choose for housing development can and will be delivered.”

HfS would like local councils to work closely with homebuilders to deliver more housing given the housing market’s encouraging signs post lockdown.

Brokers Hank Zarihs Associates said property development lenders were keen to offer to fund for new schemes in Edinburgh and Glasgow where there was a high housing demand.