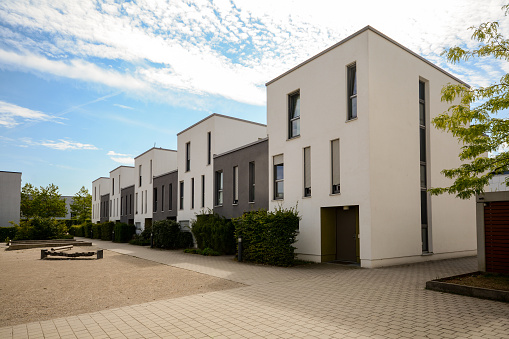 A new stream of construction loans of up to £10m for SME developers has been launched by the government housing delivery agency Homes England and United Trust Bank, UTB.

The loans of up to 24 months will offer 70 per cent loan to gross development value, GDV, as opposed to the typical ratios of 59 to 65 per cent. They will be for projects in places with the greatest housing affordability pressures with the maximum house sale price of £800,000.

Homes England chief investment officer Gordon More said: “It will help smaller builders get on and build now, as well as improve the lending landscape for SMEs by driving competition in the market, improving choice and encouraging innovation.”

The loans are being offered as part of a five-year £250m housing accelerator fund which the government hopes will support smaller builders and drive diversification of the housing market.

“This alliance will help to reinvigorate and increase diversity in the SME housebuilding sector, and boost housing supply in areas under the greatest affordability pressures.”

Applications are being accepted now and prospective borrowers are being urged to contact UTB.

However, the National Federation of Builders, NFB, said the scheme would have been more helpful if it had helped finance smaller developers through the planning process.

NFB housing and planning policy head Rico Wojtulewicz said: “What would have been more sensible would be long-term lending of one to two per cent up to achieving planning and the rest of the funding on delivery of the project. This would have signified they recognise the complexity of getting these projects off the ground.”

He said three years ago when Homes England was known as the Homes and Community Agency loans were available to small developers offering up to 80 per cent loan to GDV. He added Homes England needed to offer better rates to smaller developers who had already proved themselves by paying back loans ahead of term.

“This will help some SMEs but it’s a drop in the ocean. They are scratching the surface of what could be achieved.”