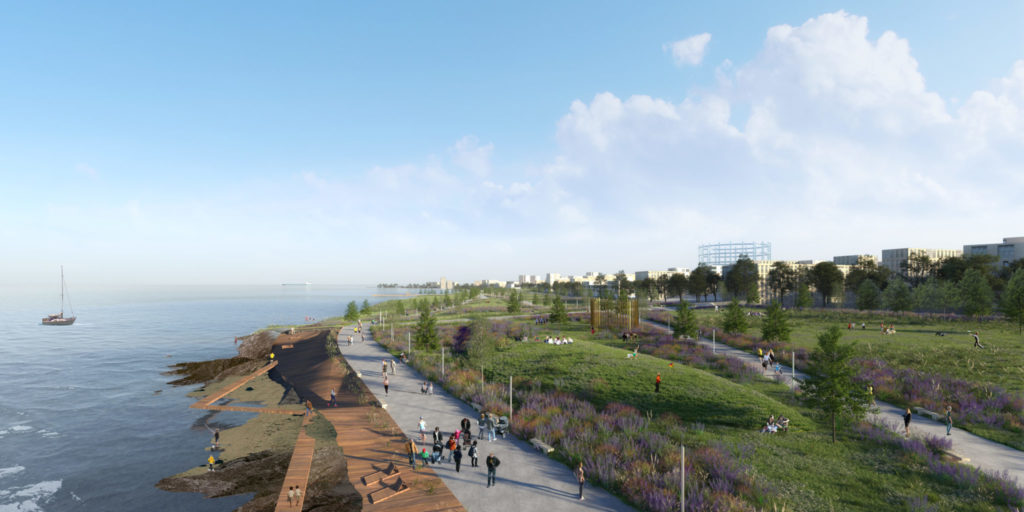 The site is 2.5 miles north of the city centre and lies on the Firth of Forthand is home to Edinburgh’s last remaining gas holder and the former Granton railway station.

A new coastal park linking Granton harbour with Gypsy Brae is planned to re-connect the city with its waterfront with the open space used for festivals and outdoor activities.

The city council is investing around £196m to accelerate regeneration and attract private and public funding for the £844m scheme, which has an estimated £1.3bngross development value.

Edinburgh citycouncilleaderCllr Adam McVeysaid the proposed development offered an opportunity to showcase the city’s commitment to becoming a net-zero carbonplace by 2030.

“We are committed to working with the local community and partners to create vibrant new neighbourhoods where people live and travel and grow the economy in an eco- friendly way,” he said.

At least 35 per cent of the new homes will be affordable with a school, medical centre, new cycling and walking routes and morebuses to the city centre with the possibility of a new tramline.

Car parking for the site has been reduced to a maximum of 25 per cent with 9,000 sqmdedicated tocultural hubs and business start-ups.

Deputy leader, Cllr Cammy Day, said: “The regeneration of Granton will create hundreds of new jobs linked to the growth of new services, business, leisure and creative industries and will strengthen the retail and small businesses that already exist.”

The masterplan for the development is to be published later today with the plans presented to the council’s policy and sustainability committee on Tuesday, February 25.

Edinburgh College, National Museums Scotland and National Galleries Scotland, who all have land and buildings along the waterfront, are among the public sector partners committed to the scheme.

Brokers Hank Zarihs Associates said the initiative was in a strong position to attract development finance and construction loans because of the city’s housing shortage and strong house price growth.