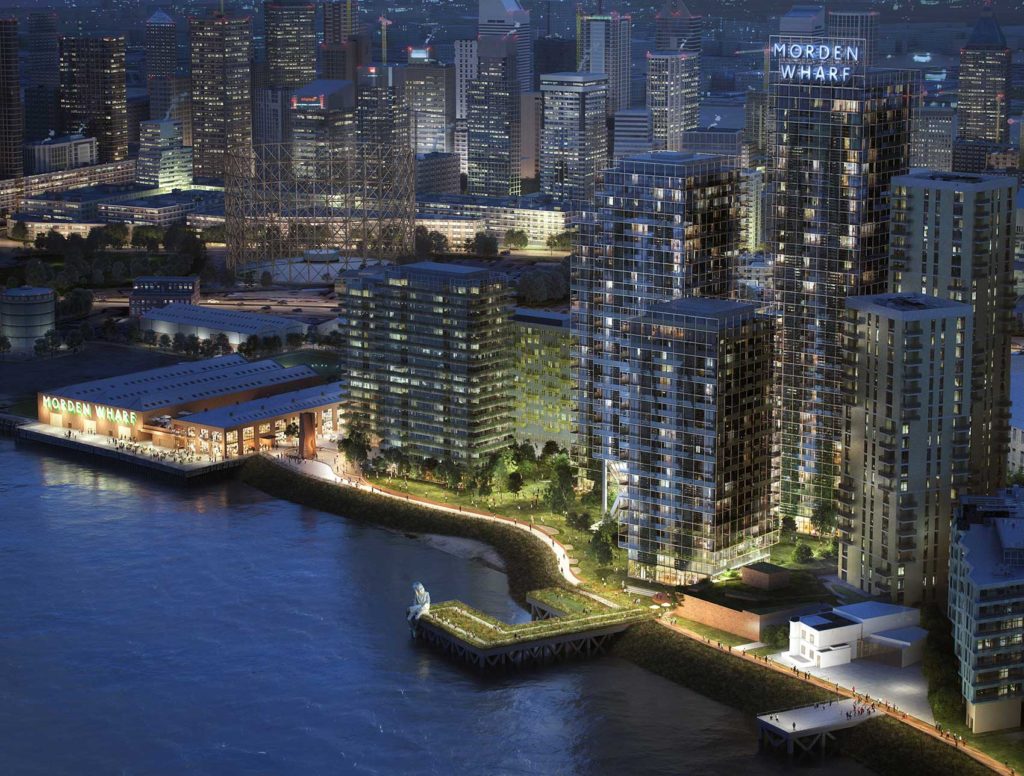 Commercial Loans News:- Plans to build 1,500 homes on Greenwich Peninsula have been submitted to Greenwich council by regeneration developer U+I.

The mixed-use scheme lies on 19 acres of land to the south-west of the O2 Arena which was home to a large sweetener refinery and is one London´s last riverside sites available for regeneration.

Morden Wharf is to include a four-acre landscaped park along the riverfront with views of the Old Royal Naval College and Royal Observatory. The initiative could also provide a permanent boathouse for the Queen´s row barge, the Gloriana.

The scheme expected to generate hundreds of jobs with development and trading profits hoped to be £15-20m during the lifespan of the project.

The Office for Metropolitan Architecture has designed the new homes to reflect the site´s industrial history in 11 tower blocks ranging from eight to 37 storeys. There is also a six-storey incubator office building at the back of the development.

More than a third of the 1,500 homes are to be affordable with a mixture of private sale, social rent and shared ownership.

U+I is in discussions to bring the river bus service, Thames Clippers, to the area and will be making financial contributions to improve public transport through the planning process.

The developer bought the site in March 2012 and expects Greenwich council to decide whether to approve the plans by the end of the year.

Brokers Hank Zarihs Associates said this is in a prime London spot and was just the type of project where property development lenders would be keen to get involved.