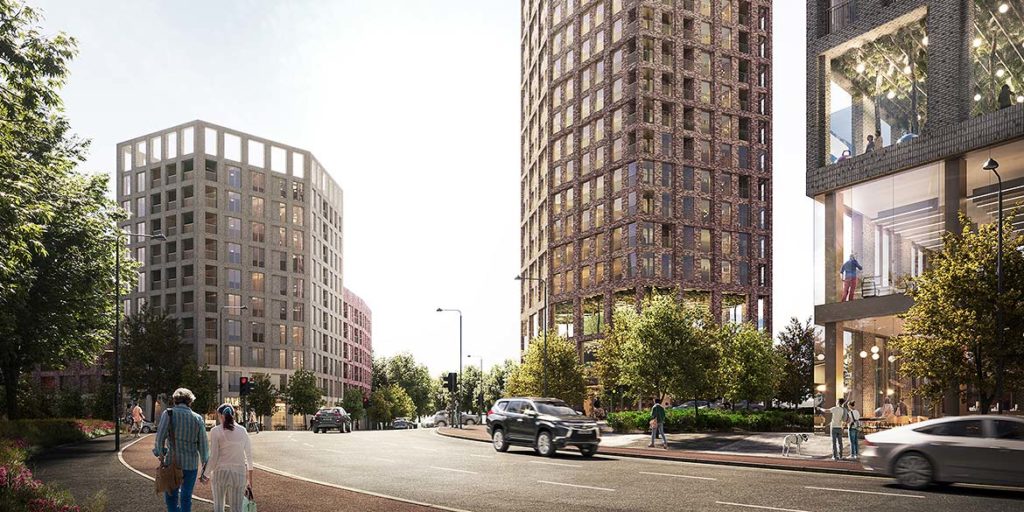 The London Borough of Waltham Forest has chosen developers London Square Partners and One Housing to deliver the project where half the homes will be affordable.

Cabinet member for economic growth and housing development, Cllr Simon Miller, said: “This proposed development will bring much needed jobs and housing for local people as well as improving access to Lea bridge Station while also creating working space for local business and open space for residents to enjoy.”

Nearly 300 jobs will be created on the construction site, with 15 percent filled by local people and more than £350,000 worth of work available for local sub-contractors.

Employment and skills training will be offered, including four apprenticeships, jobs for unemployed young people, and five paid work placements.

A new entrance to Lea Bridge station will be built, plus 3000 sqm of space for a cultural hub for the local community, shops, offices and incubator space and support for start-up businesses. A public square with green space and trees will also be created on the site which lies at the junction of Orient Way and Argall Way and Lea Bridge Road.

A programme of working with local schools to run breakfast and after school clubs, with counselling to tackle anti-social behaviour, is planned.

Brokers Hank Zarihs Associates said the initiative was in a key spot, just seven miles north east of Charing Cross, with a train ride of less than 30 minutes into central London. The brokerage added that property development lenders were keen to offer a range of finance options for similar well-located developments.

A planning application is expected to be submitted by at the end of 2020 with referral to the mayor of London for final approval. If the project gets the go-ahead work is likely to start next year for completion by 2023. Waltham Forest council´s local plan sets a target of 27,000 new homes over the next 15 years with more than half of these in strategic spots in the south of the borough such as Lea Bridge.